Teethmaster selection uses a different guidance than if the complete model analysis is performed, due to the fact that we have less information available.

The pre-selected Teethmaster set does not meet the parameters resulting from the model analysis.

Identified by the red-coloured Teethset in the 3D scene and in the Dropdown menu (1)
Due to the fact that only 3 lateral teeth fit into this jaw, this is indicated by the blue point(2). 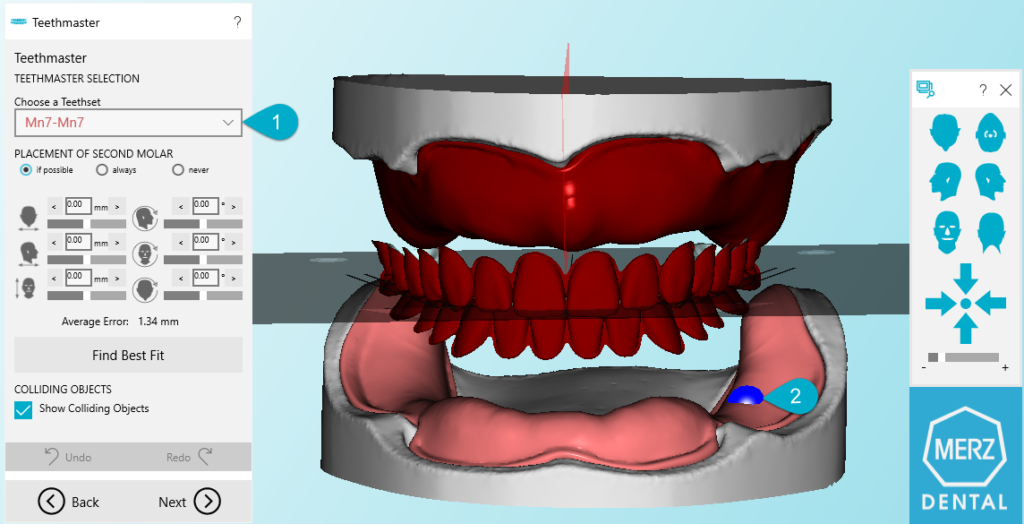 Another set of teeth can be chosen through the drop-down menu arranged by best-fit criteria and colour-coded by which Teethset meets the requirements. 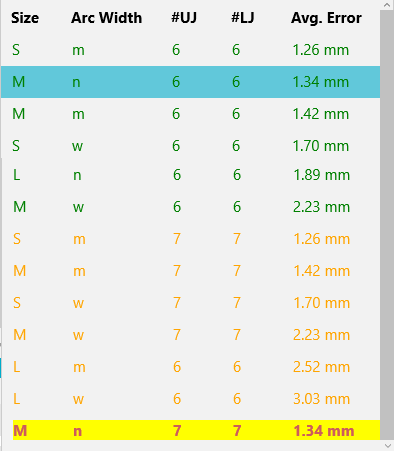 Another reason for red-colored Teethmasters in the 3D scene can be collisions with other features, such as labial surface plane (1)

By moving the Teethmaster with the appropriate slider (2) in the posterior direction, this collision can be eliminated and the Teethset turns green (1). 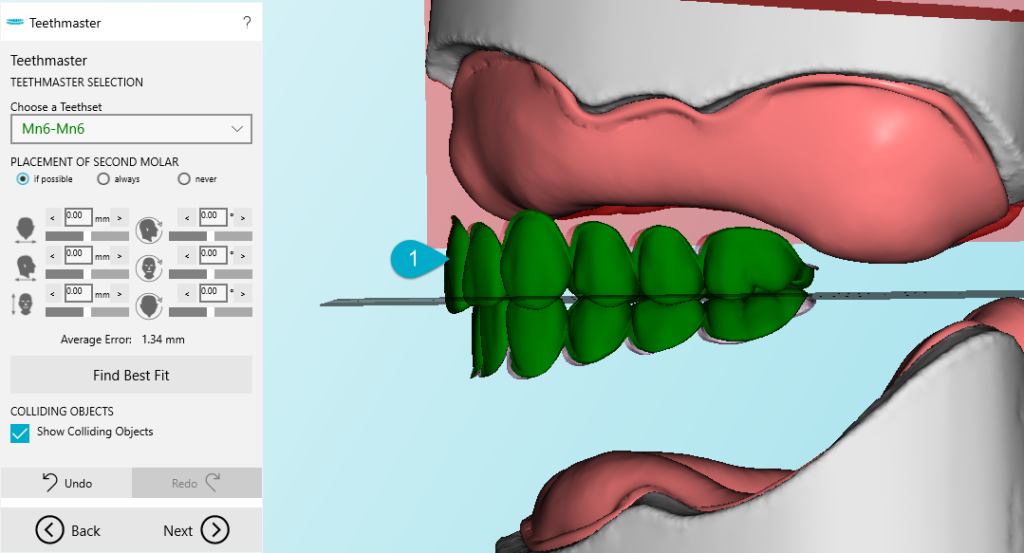 This example is true for all collision objects. 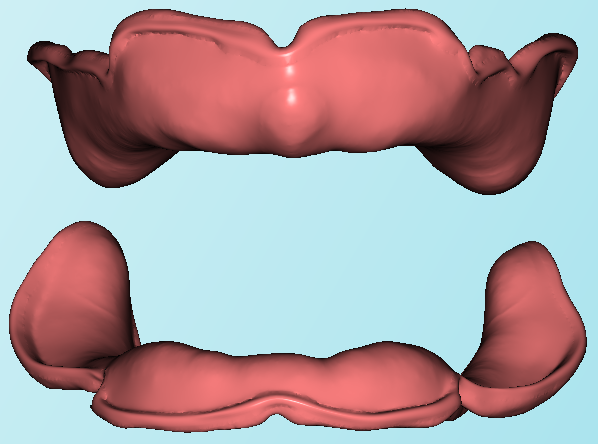 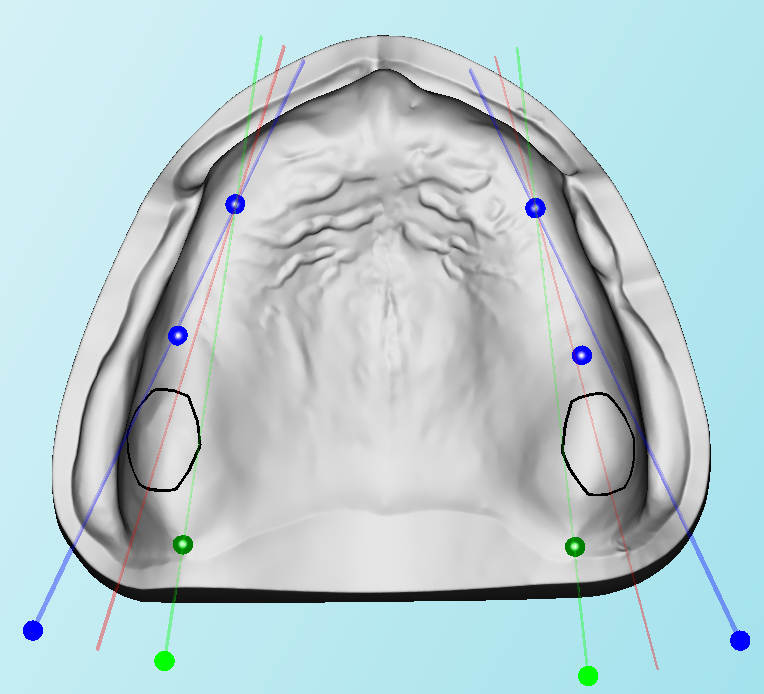 The teethmaster read in the configuration file is shown as a default. If no default is known, all teethmasters are shown in the dropdown and no selection is taken. You must select which teethmaster to use.

If you select a teethmaster, it is shown in its’ default position and can be moved.

No scores are calculated or shown, no sort order of the teethmasters is calculated (shown as defined in config).

Also, NO best fit will be implemented.

Collisions are only checked against the jaw and the base border (the elements we have at this stage). The position of the teethmaster can be changed, by using the associated slider